Lucignano outside the Walls

In the countryside that opens just outside the walls of the town, are still visible the remains of the Medici fortress and a remarkable sanctuary designed by Giorgio Vasari. 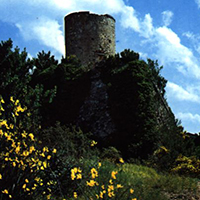 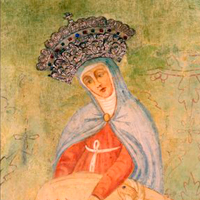 On the hill opposite the village lie the remains of the military Fortress.
The Sienese governors had already identified the need for a Fort outside the walls of the town, but did not have time to realize it because Lucignano in 1553 passed again under the domination of the Florentines.

Duke Cosimo, strongly convinced of the strategic and military relevance of Lucignano commissioned the construction of the fort to one of the most influential military architect: Bernardo Puccini. In September 1556 the works began but, due to the continuation of the war, the bad weather conditions, the poor quality of the concrete and the continuous collapse of the ground, only two bastions were hardly completed by 1559: bulwark Calcione to the north, and bulwark of Purity, to the south.

Moreover at that point even the war was in its final stage and the peace between France and Spain as well as the capitulation of the Republic of Siena in Montalcino determined the definitive stop to the works on the fortifications of Lucignano. 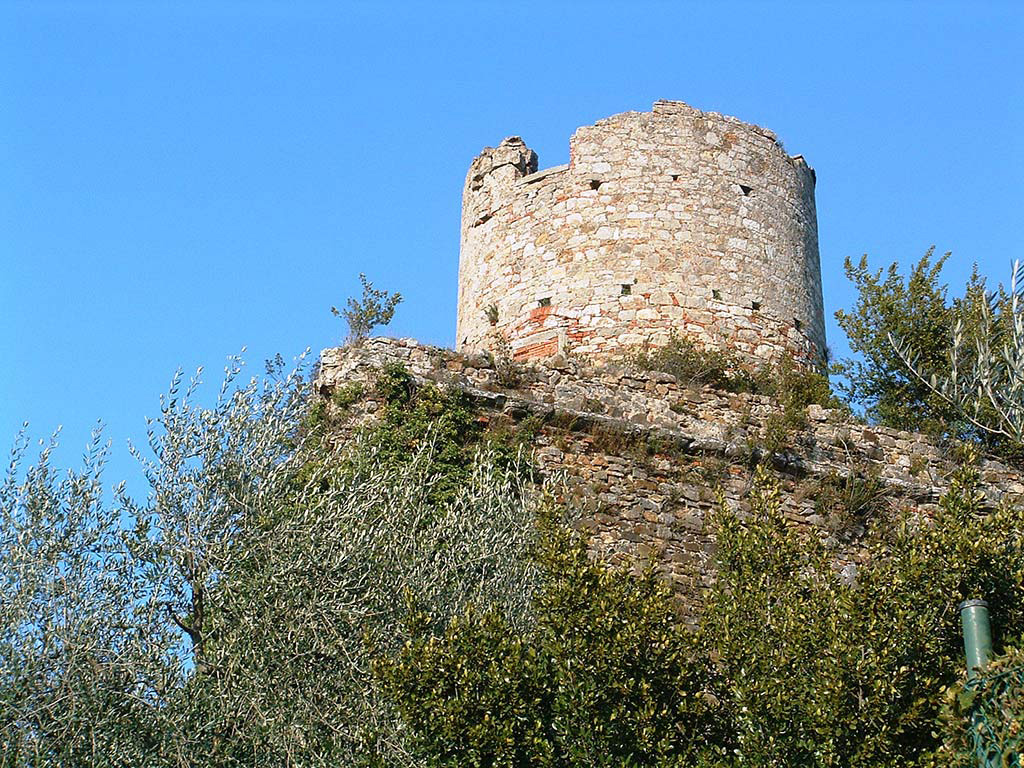 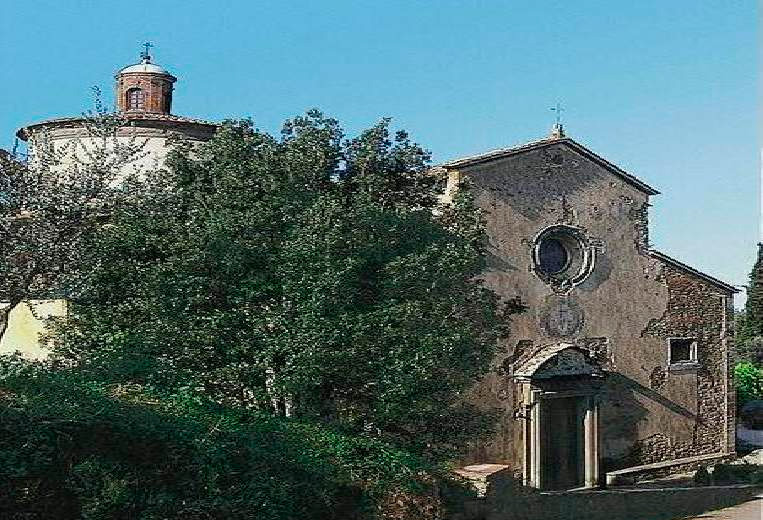 Just beyond the Fortress stands the 15th century Sanctuary of Our Lady of the Oaks.

At the end of the 15th century, with the reviving of the Marian cult, a series of miraculous visions occurred also in our territory and were often con­nected with an oak tree. In com­memoration of these miraculous events, several sanctuaries dedicated to Our lady of the Oak Trees were built in different localities.

The church was built in the place where, since long time, the inhabitants of Lucignano visited a galactophorous spring in order to draw water that cured hypogalactia and sterility in both humans and animals. The building, which is attrib­uted to Giorgio Vasari, one of the most prestigious architects of our 16th century, is characterized by a rectangular plan with three naves and a pitched roof that is raised in correspondence with the central nave. The façade of the building is simple, as valued in Renaissance style.

Inside, the central nave is covered by box vaulting, interrupted in the transept by an elegant slight cylindrical dome-lantern supported by power­ful pilasters and crowned by a lantern adorned with slim pilasters.

Each nave is enriched by two altars per part, characterized by spiral or Corinthian columns. The transept hosts the main altar, on which is depicted the recently restored image of Our Lady of Sorrows sheltered by a precious wooden tabernacle in the form of a temple. On the right are con­served some 50 votive offerings realized on small wooden panels, executed between the end of the 16th and 17th centuries in addition to numerous votive offerings on silver-plated copper foil.